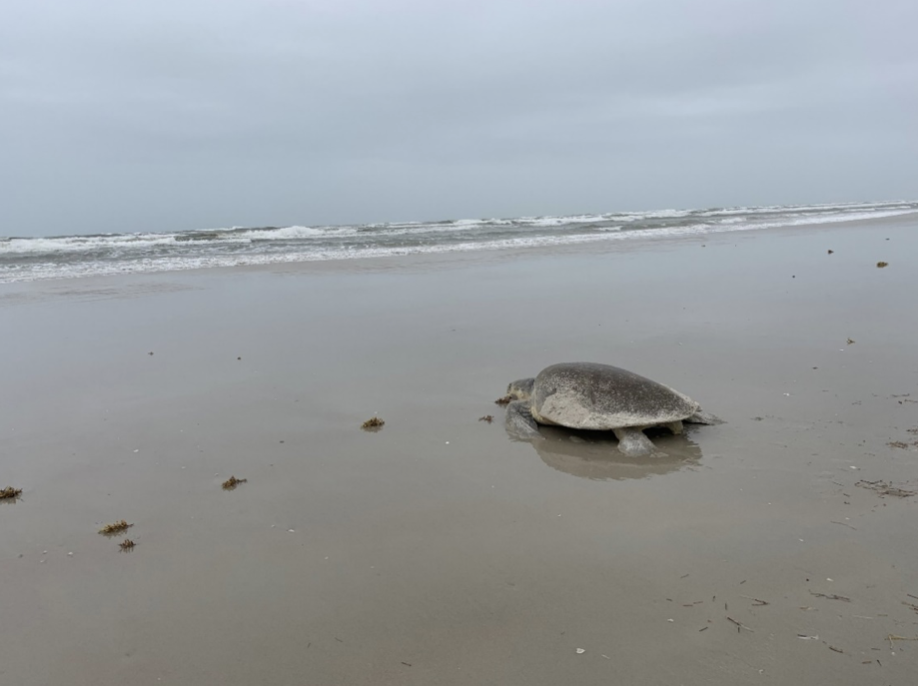 The Kemp’s ridley has one of the most restricted distributions of any sea turtle species. Nesting occurs almost exclusively on the beaches of the western Gulf of Mexico, primarily in the Mexican state of Tamaulipas. Regular nesting also occurs on Texas’s Gulf beaches, but infrequent nesting has been documented in other southeastern states, including Florida. Juvenile Kemp’s ridleys spend an average of two years floating freely in the water column before returning to nearshore waters within the Gulf of Mexico and U.S. Atlantic seaboard. Kemp’s ridleys migrate seasonally along the Gulf of Mexico and Atlantic shorelines in response to temperature changes. Juveniles often return to the same habitat for several years until maturing and moving to adult foraging grounds.

As with all sea turtles, the sex of Kemp’s ridley hatchlings is determined by the temperature within the nest cavity during incubation. Based on experimental studies of eggs incubated in styrofoam boxes, a pivotal temperature of 30.2ºC (86.4ºF) has been estimated. At this temperature, roughly equal numbers of males and females are expected to be produced. Temperatures less than 28ºC (82.4ºF) produce all males, while temperatures exceeding approximately 31ºC (87.8ºF) produce all females. Intermediate temperatures result in a variety of sex ratios. In the wild, the sex ratio of males to females is heavily skewed toward females. The pivotal temperature for sex determination in the Kemp’s ridley is somewhat higher than for other sea turtle species. It may have evolved to reflect the higher temperature of its geographically restricted nesting beaches.

In Florida, Kemp’s ridley turtle nesting has been documented as early as April 16th and as late as July 21st. Within this range, nearly all nesting took place in May and June.